by Chris Weeks & The Sadmachine Orchestra 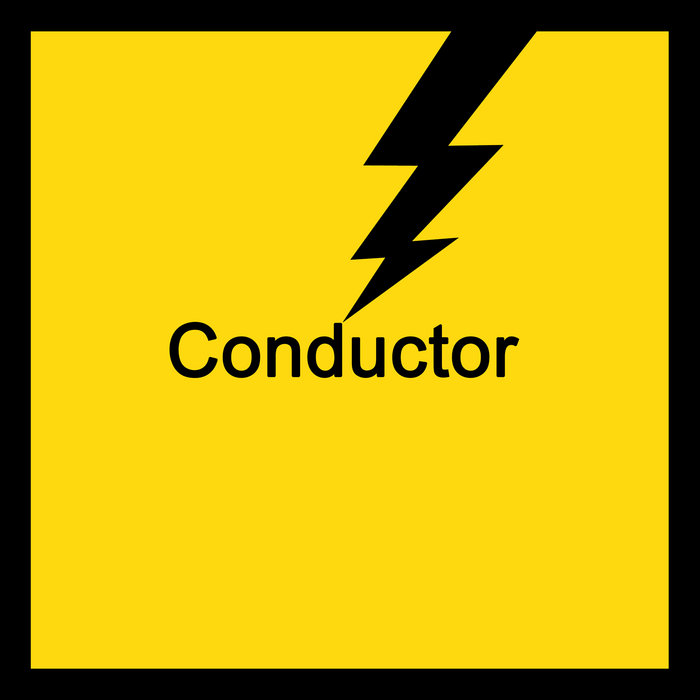 "ELECTRICITY – PUTTING THE ‘HUM’ IN HUMANITY"

Due to over-consumption, electricity supplies are running out. Rationing is commonplace, with rolling blackouts being the order of the day. Soon, the equipment we have come to depend upon in the ‘developed world’ will systematically start to fail.

Chris takes this premonition into consideration, gathering an array of electrical appliances to form an ‘orchestra’ for one last performance; the static-infused swansong of the ‘sad-machines’.

This is the ‘death-rattle’ of the generators, a glimpse of a dystopian future; the last-gasp of the electrical age…

Embracing the ‘sounds behind the sounds’: Conductor utilises the latent background buzz, drone, feedback, hum and static produced by all electrical equipment. These are the sounds which many go out of their way to completely omit from their recordings; Conductor celebrates them!

With a characteristic ‘lightness-of-touch’ and meticulous attention to detail, Chris allows the eight pieces found on Conductor to capture and positively radiate ‘found frequencies from failing equipment’. In the wrong hands these sounds may destroy one’s ears, but they are never allowed to fully take control. Harnessing this harsh sonic palette, he puts it centre-stage, balancing it beautifully with kinetic, evolving arrangements and layered washes of plaintive textures.

The result is an experimental, electrically-charged, symphonic-drone opus; an immersive, noise-rich exploration of fading frequencies.

Conductor’s overarching tone is one of darkness and foreboding; enveloping soundscapes are swathed in ominous noise and laced with a threatening timbre, but there is an underlying current of hope, a sense of reverie; a flickering candle burning brightly; a beacon of light amidst the impending black.

Chris says: “The initial idea for Conductor came about when I heard some lyrics to an old acoustic demo I wrote back in 2011. The song is called ‘Loop’ and the lyrics to one of the verses are”…

Last night my heart woke me up from a dream.
In everything there is a little machine.
Repeating Patterns, I can hear the buzz.
E-lec-tric-i-ty is consuming us.

“The last line of the verse resonated with me and captured my imagination. It inspired the notion that perhaps we are not ‘consumers’ but are being consumed.

I’ve always had a fascination with the background sounds from electrical/musical equipment. For me they are an intrinsic part of the overall sound, not an unwanted nuisance. I despise the ‘clean’, characterless sound of over-produced manufactured music. For me, background noise gives warmth and life to a recording, but I wanted to turn this on its head somewhat and bring the background into the foreground. I sourced numerous different kinds of electrical hum, buzz, hiss, drone, static etc… I homed-in on their key characteristics, trying to find underlying notes, oscillations, frequencies and tones. I then spent time processing, reworking and resampling; essentially turning what some people consider ‘ugly sounds’, into something I consider to be beautiful.

The idea of the title ‘Conductor’ is two-fold. One, the obvious link to the terminology used in musical performance, as in- ‘one who leads an orchestra’. Two, we as human beings have a body and brain which both flow with ‘electrical activity’, in essence, we are all ‘Conductors’.”